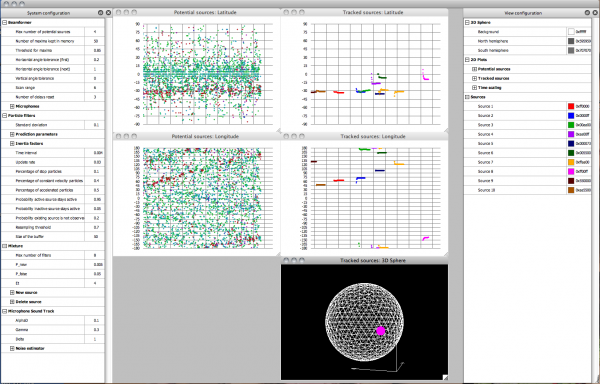 The ManyEars project was setup to provide source code from the original AUDIBLE project. It provides an easy to use 'C' library for microphone array processing. This includes sound source localisation, tracking and separation.A tuning Qt GUI is also available for fine tuning the parameters.

ManyEars requires a synchronous audio capture card. Although commercial audio acquisition cards are available, they are expensive, bulky, inefficient and too generic for the needs of ManyEars. Although functional, these cards do not meet the specific needs of mobile robotics and IntRoLab. The goal of 8 Sounds USB is to have an synchronous audio capture card with low power consumption and of a size similar to a credit card with 8 input channels and 2 output channels. The first iteration of the project is a prototype providing a synchronous audio capture card with wiring diagrams, circuit board, full documentation and source code available under Open Source Licenses. XMOS is our platform of choice to process the I2S codec data and USB transmission. We are also looking for the USB Generic Audio Class 2 implementation. More information on the project can be found here : 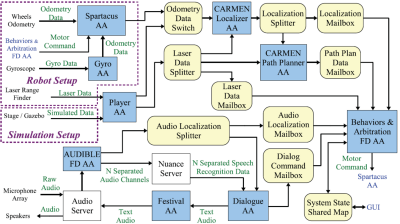 MARIE is a design tool for mobile and autonomous robot application, designed to facilitate the integration of multiple heterogeneous software elements. It is a flexible tool based on a distributed model, thus allowing the realization of an application using one machine or various networked machines, architectures and platforms. It is now replaced by ROS from Willow Garage. 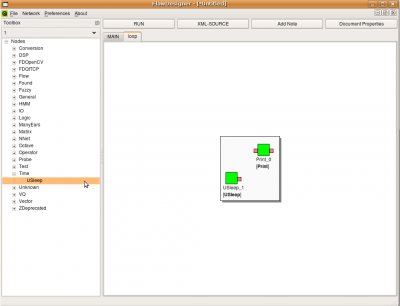 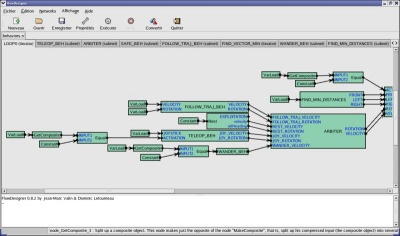